On an elevated, undulating prairie, at an altitude of about 800 feet above sea level in the choicest part of the Creek Nation lies the prosperous, attractive town of Coweta...such is the location of this live town. A happier, a more fortunate choice for a town location could not have been made.

This quote was taken from Coweta’s first newspaper, The Courier, in about 1903. But, that fortunate choice for a town was made about 80 years earlier, during the Removal of the Five Civilized Tribes from the Eastern United States to the to the West or Oklahoma as it is called today. 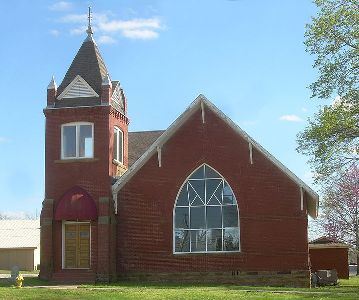 In 1827, William McIntosh, along with Creeks from Coweta, Broken Arrow, Lochapoka and Big Spring arrived at the Three Forks of the Arkansas, Verdigris and Grand Rivers. By 1839 and 1840, these settlers had spread northward along the Arkansas River where Coweta, Broken Arrow and Tulsa are today. In 1843, white missionaries arrived in Coweta to teach the Indian children.

Reverend Robert Loughridge and his wife, Olivia, bought an empty cabin for ten dollars and began teaching. He named the mission Koweta. Olivia and her child are buried in the Bruner Family Cemetery on the Hopping Farm a mile and a half southeast of Coweta.

During the Civil War, the mission was abandoned. In 1867, the Creeks adopted a constitution which divided their nation into six districts.

The Dawes Commission, appointed by the United States Congress, negotiated the allotment of tribal lands in 1898. At this time, the Creek court’s jurisdiction was given to the Federal government. In 1903, the Missouri-Kansas-Texas railroad built a line from Tulsa to Muskogee with Coweta as a stop. This was the beginning of Coweta’s major growth.

The first newspaper began publication, a telephone line was installed, and a school was built. The discovery of oil and statehood brought more white settlers to Coweta. There were: 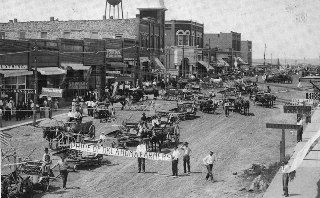 Most of these professions and trades are still carried on today...only the faces have changed.

The text has been provided courtesy of Robyn Dill.

Please loosen your filter criteria and search again.
Searching for an MLS number? Try adding a "#" to the front of the number.

See how Kyle Gift can help with your real estate needs!

Are you sure you want to delete this?